Parenting is often said to be the hardest job you will ever love. The same can be said of the journey of fostering. We asked one of our amazing foster parents, Jenifer Pettibone about her motivation, experience, and message to other potential foster parents. Jenifer has worked as a Lawyer-Guardian Ad Litem from 2002-2008, representing over 2,000 youth. She then worked in the State Court Administrative Office to the Child Welfare Services Division to assist with Court Improvement Projects, such as pilot programs to improve parent representation and adding a social worker to the legal team for parents in a pilot in Genesee County until 2012 when Jenifer started at MDHHS.

Jenifer has always known that that someday, if she decided she wanted children that she would adopt a teenager through foster care. “I have a heart for our teen girls and often think they have a more difficult time settling into foster care and adoption. I thought I could relate in some ways and could provide a good home. But when a friend had nieces and a nephew in care, I called immediately to be licensed in order to be able to help her.”

After getting licensed Jenifer’s friend's teenage niece moved in with her and it was love at first sight. “I knew immediately she was born to become my daughter. I had originally thought placement with me would be temporary just to assist while the relative got everything in order to adopt. But within the first week, even my teen knew she was never leaving. We joke about it still – that she will live with me forever because that is just how we are supposed to be, mother and daughter and best friends forever.”

Initially Jenifer was licensed for specific youth, but with Child and Family Charities’ recommendation and support, changed her license so that she was able to have her teen’s sibling join her. Jenifer suddenly became a parent of three siblings between the ages of 5 and 14.

“When the Littles joined us, I honestly thought they would move to a different home, but we couldn’t find one that we could ensure a strong continued relationship with the three. After a lot of late night discussions, it was decided we weren’t letting them go. The next weekend we started looking for a new house since the one we lived in was too small and we lived in a school district that I didn’t want any of them attending. We found the house within a month and before the end of the first three months the Littles were with us, we were moving and starting construction to add another room so everyone could enjoy their own space. Then we had to get a new mini-van to fit us all, and furniture and school clothes and.. and.. and. It was a crazy first year! In the middle of it, we finalized the adoption. It is clear now though, all three were born to become my children. It is a crazy thought that God trusts me to raise them, but I am convinced He has a good sense of humor and thought how funny to give her not just one, but three kids! That one down there that always said she would never have children, but dedicated her career to helping them – hey – let’s give her three kids today and watch her figure it out. Then he sat back to watch and laugh every day!”

“People tend to get the wrong ideas about the Foster Care System and children in foster care. “First, there is a lot of crazy expectations like, kids will be grateful you saved them. They aren’t and that is normal. Often kids have no idea that they were saved until much later in life. Just like bio-kids don’t appreciate their parents, neither will foster kids. They also have issues related to trauma they have endured, they are NOT bad kids. They just had bad examples of coping methods taught to them and often have high frustration and little ability to process it; that does not make them bad kids. It just means they need more patience. Remember – kids love their parents no matter what, it is a love we are born with regardless of what happens. Respect that and don’t question it. Accept them on their terms, not yours. If you can’t do that, volunteer to help in another way instead of fostering so you aren’t causing more harm to the kids and your own family.

This is not easy, you often do not feel supported and the system seems backwards because once the kids are safe, the focus turns back to the parents constitutional rights to have care and custody of their children and to be given every chance they need to rectify the reasons the kids were removed. This may seem unfair to the kids, but remember, kids love their parents and no matter how awful it was, they see their parents through the eyes of the love a child naturally has for a parent and they miss them and want to be with them. At some point the balance needs to shift back to the kid’s permanency, but the chance for the parents to succeed is so necessary for the kids too.” explains Jenifer. Her teenage daughter has maintained a relationship with her bio-parents and family and they have in a sense become one big family. Limits are kept in place by Jenifer so that the kids are not re-traumatized and are not living with false hopes.“ explains Jenifer.

So what is a day in the life like for a single Mom of three?

“First, no one day is the same as the next. I have learned that I prefer not to have a schedule and the kids must have one. I have also learned there is not enough time in the day to eat, bathe, go to school, do homework, clean up the house a little, read bed time stories and play during the week. Also, if my kids go to a day care facility instead of having a sitter at home, they are over stimulated and once they get home it is so hard to calm them down without someone having a meltdown.

I had a nanny the 2nd half of the first year, to keep the kids home after school and it greatly reduced the stress level in the house. This school year, we found a home based daycare and the children are thriving. The father is home often and has filled a huge missing piece for my kids. They have continued the same routine we had established at home after school, with snack, homework, chores, then dinner, so when do pick them up I just step into the place in the routine they are at and we finish up the night at home. 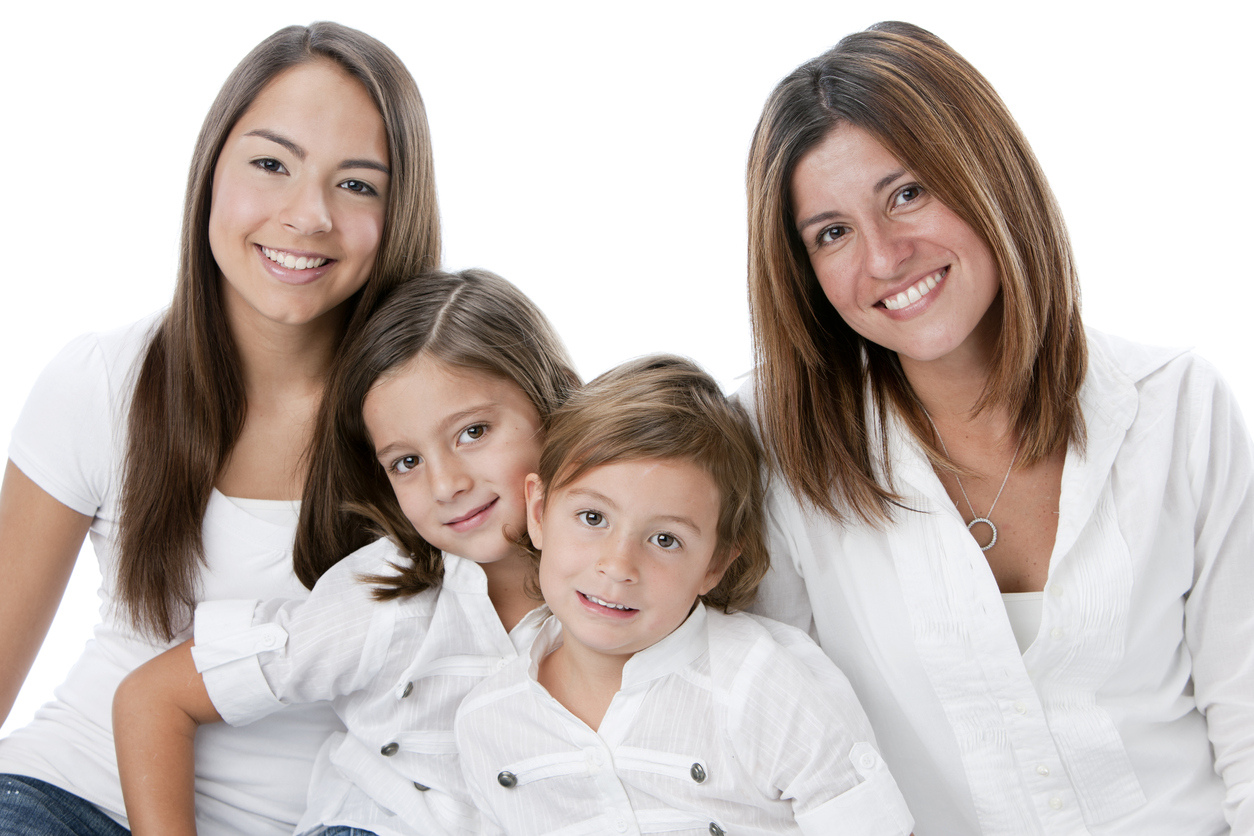 My teen and I try to have a ‘date night’ once a week to help us stay connected.

I can’t forget mornings. The Littles are early risers and they silently come stand next to my bed and stare at me until I wake up. Most days, they scare me silly. They think it is the funniest thing. We all laugh after my heart starts beating again. It is the only time they can “get mom” and scare her so they love it. On Saturday mornings they usually crawl into bed and watch movies while I sleep in a little longer. I catch about half the movie as I drift in and out. Sometimes my teen joins us, but she is a day sleeper, as most teens are, so we don’t usually see her until early afternoon.

It took a long time to start to feel like we had a routine that worked for everyone and still gave me a little freedom so I don’t feel over scheduled. But we seem to be working well as a family now. This past summer was so much fun, with lots of things to do and new friends to hang out with. Even my teen is having friends over more often and going to see her friends and hang out. She didn’t have much of an opportunity to do this before, so I love seeing her connecting.

I changed my schedule several times at work trying to find something that would work for us, and ended up working 9 out of 10 days for 9 hours and taking alternating Fridays off so we have time for doctor’s appointments, therapy, and anything else that needs to happen during the week so I wasn’t taking so much time off work. Having the three day weekends has been really nice and gives us more time together when it isn’t just dinner and then bedtime.”

After going through the process of fostering to adopt Jenifer would like others to know that you should not be scared to advocate for your kids. “If the agency isn’t following policy (and you should know policy, both your own agencies and the MDHHS policy requirements) point it out. Often it isn’t intentional, it is just not knowing everything. So be part of the team even if you are the one that knows the most about the kids, but the least about the case. Accept you have no control, but that you are loving these kids every day and that matters the most in the long run. Regardless of what happens, they will always know someone loved them and that they are actually lovable. There is nothing greater you can give to children.”

If you are interested in learning more about fostering, please don't hesitate to reach out to our licensing and recruitment specialist, Linda Rathbun at linda@childandfamily.org or by phone at (517) 882-4000 ext, 140.